The Hampton Roads Chamber is honored to hold this event again in 2021, and have the opportunity to say thank you to these noble men and women who put their lives on the line every day to keep our community safe.

The Hampton Roads Chamber sets the conditions for businesses to succeed in the region. One of the primary concerns for leaders looking to move, grow, or start a business is the safety of the area. Each year the Hampton Roads Chamber thanks our first responders with the annual Valor Awards. These awards honor the men and women who put their lives on the line every day for our safety.

This year’s awards included a regional valor award. This was for a multijurisdictional rescue involving Suffolk Fire and Rescue, Smithfield Fire, Isle of Wight Fire, and Newport News Fire. The Hampton Roads Chamber proudly supports this amazing display of regionalism.

The Community Heroes Award is an honor awarded to a person or unit that went above and beyond to make their community better. The winner/honor of recognition is Norfolk Police Department Community Affairs Section. This Small Unit of 6 officers developed and expanded programs to serve the city’s most vulnerable populations: senior citizens and children.

The Lifesaving awards are awarded to the public safety official or unit in recognition of acts taken in a life-threatening situation where an individual’s life is in jeopardy, medically or physically. Chesapeake Fire and Rescue was honored saving the lives of two girls in a burning apartment.

Virginia Beach Police Department! Officers Julianne Singer and Thomas Blagman were also honored for lifesaving efforts. These officers responded to a report of shots fired in a park where a large group was shooting a music video. These officers arrived to find a man dying of multiple gunshot wounds and a chaotic crowd. However, their level heads, calm actions, and training helped them save the man while protecting their own lives. 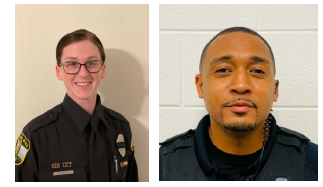 Three Fire Fighters from Norfolk Fire and Rescue were honored for saving lives on February 14, 2021. The Norfolk crews from the first and second battalions were dispatched to a working fire with a man who used a wheelchair trapped in the home. It was a dark rainy night, and inside was even darker. Yet, despite stumbling over hoses and obstacles, they rescued the man and brought him outside to safety. Norfolk Firefighter Douglas Bahl, Lieutenant John Knowles, and FAO Robert LeMoyne are honored for the heroic rescue.

The COVID-19 Response Award is given to the department that positively impacted the community during the COVID-19 pandemic. The Chesapeake Fire Department’s Mobile Integrated Healthcare Program worked with regional partners to deliver vital services and supplies to at-risk citizens during the pandemic. Jo Philips and Sean Robinson accepted this award.

Portsmouth Detectives Chad Corillo and Gino Jackson noticed a pattern in a series of robberies starting on October 27, 2020. They connected the clues and followed up on a tip from a caller who wanted to remain anonymous. Both detectives connected the clues and were able to bring a three-month investigation to a close that involved six commercial robberies, one shootout where children were present, and a tipster who finally agreed to become a witness. 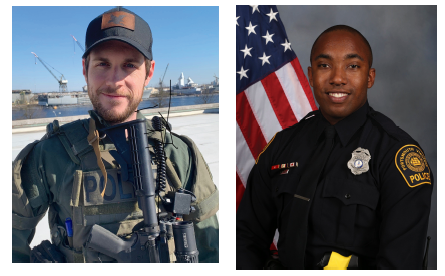 Suffolk Police Investigators David White and Gary Parker fought through the pandemic to halt the sale and distribution of heroin, cocaine, and scheduled pills, including opioids. They worked with Federal DEA agents to capture a local heroin dealer. That led to identifying and apprehending two higher-level targets and seizing the drugs and a firearm.

The Valor Awards are in recognition of an act involving extreme personal risk which is clearly above and beyond the call of duty. Three individual first responders are recognized for their efforts with Valor Awards.

On March 10, 2020, Officer James Nicholson was first to arrive on the scene of a major car crash on George Washington Highway. He was facing two people trapped in the car, live power lines down, and a gas leak.

Norfolk Fire Marshal Christopher Spence was on a day off when he saw a house on fire in his neighborhood.

He quickly sprang into action.

When he learned there was someone trapped inside, he ran into the burning home without any equipment or protective gear or fear for his own life.

On February 25, 2021, Suffolk Police officer Zachary Hyman responded to a single-vehicle crash on Portsmouth Boulevard. The car was sinking in a water-filled ditch. Officer Hyman had only moments to free a baby from her car seat before the cabin filled with water. 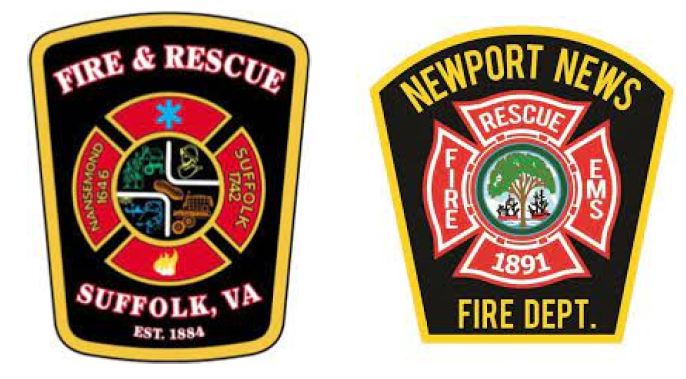 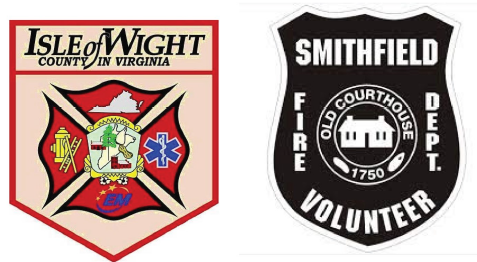 Thank you to our sponsors for allowing the Hampton Roads Chamber to hold this prestigious event.