"Don't believe everything you read on the television that we are all on each other's throats all the time. There's a whole lot of us that work together on a whole lot of things." Senator Mark Warner expressed to the audience the true collaborative efforts in Washington. 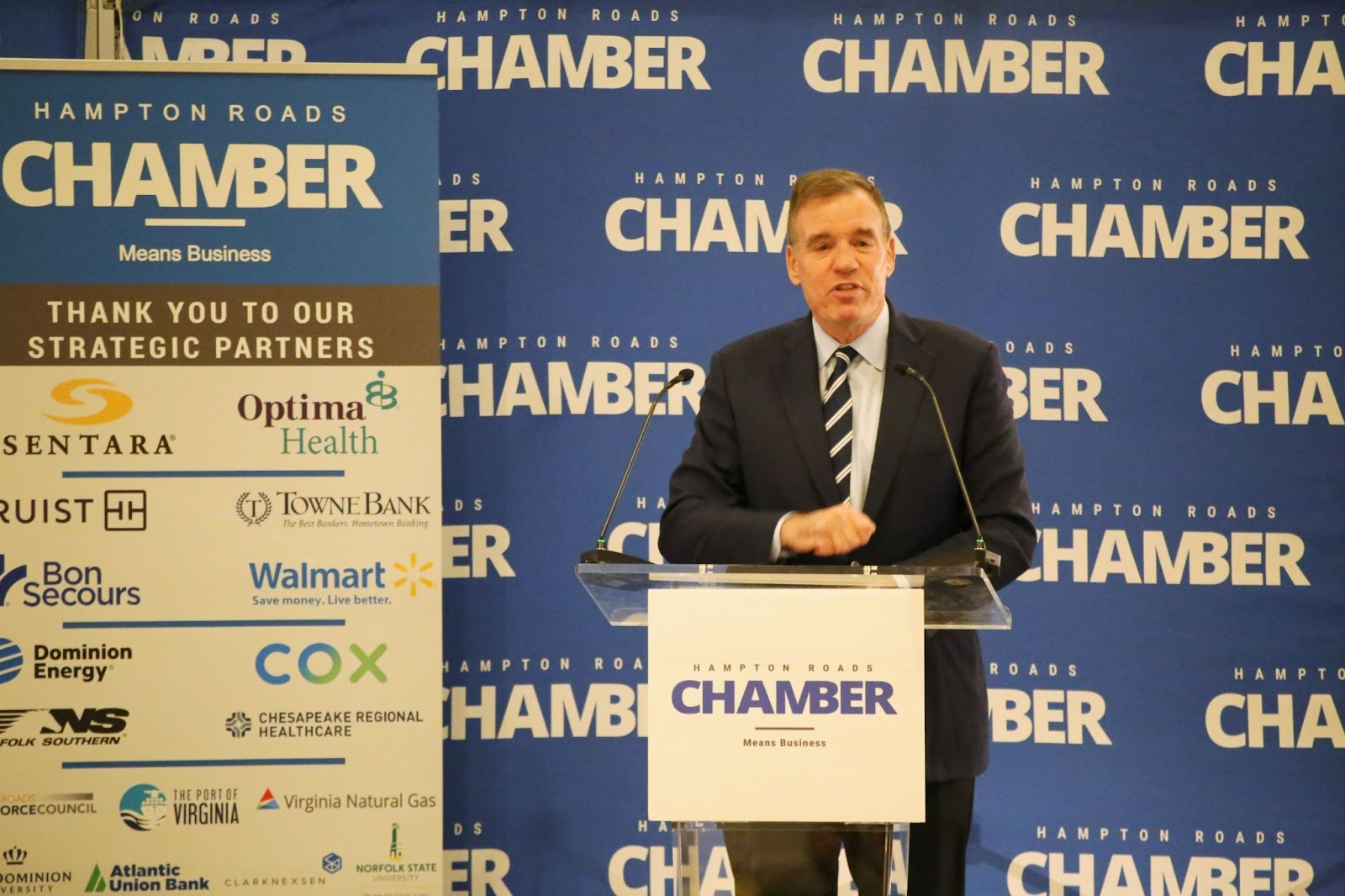 Virginia is the last state in the United States where the entire Delegation for Virginia meets once a month to discuss issues facing the Commonwealth. Thirty years ago, this was not the case. The Hampton Roads Chamber held the Senatorial Forum on December 13, 2021, in Norfolk, Virginia. This forum allows the Hampton Roads Chamber Members and business community to hear directly from Virginia Senators Mark Warner and Senator Tim Kaine to address the business community's issues. The Hampton Roads Chamber is proud to serve this region as an Impactful Advocate, Inspiring Ignitor, Regional Collaborator, and Powerful Economic Partner, setting the conditions for businesses to succeed.

The Virginia Senators discussed various topics with the audience. Infrastructure, supply chain issues/workforce on the Build Back Better Act, and mental health awareness took the spotlight for discussions. 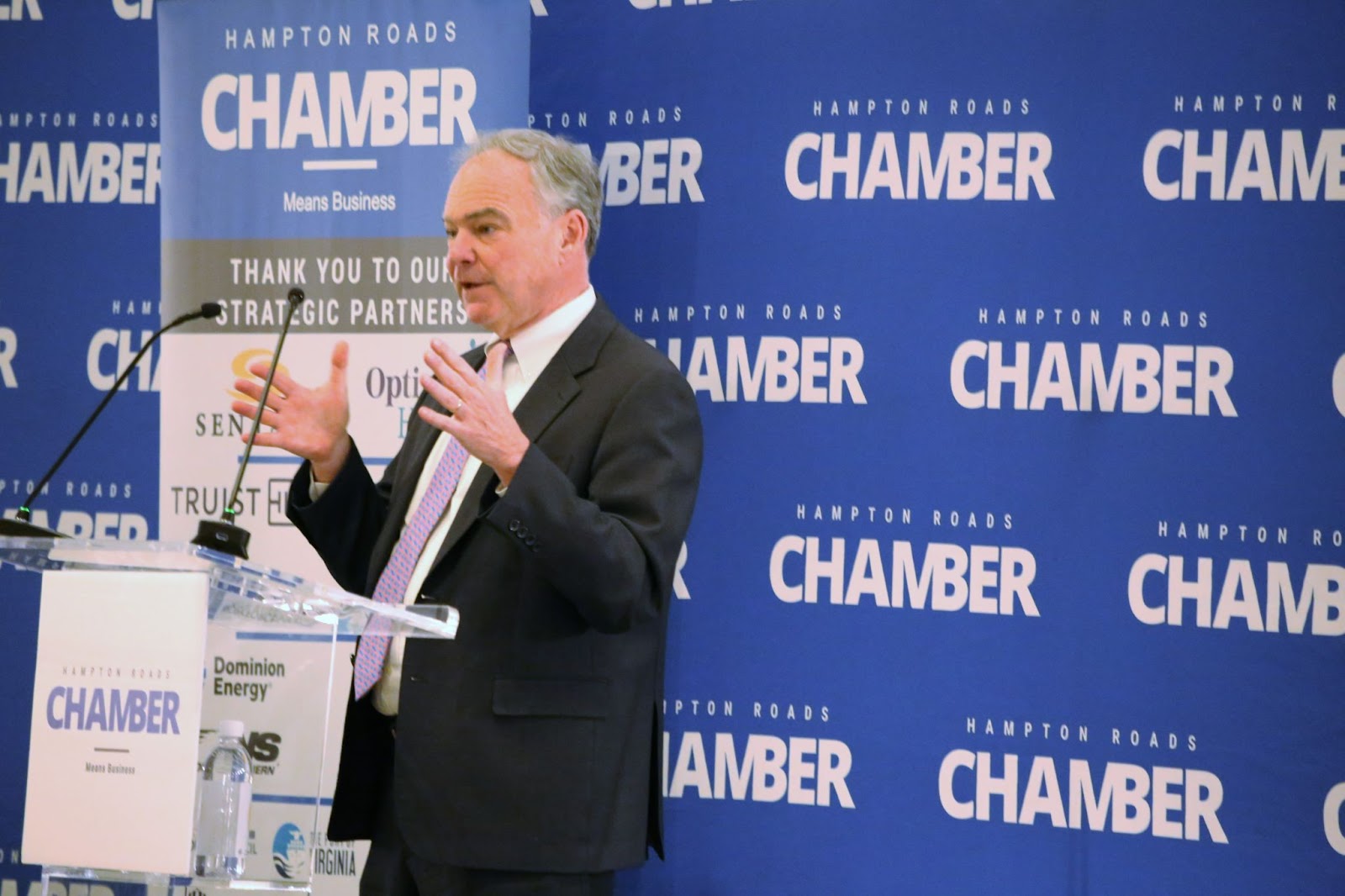 by Senator Warner, "This bill is a once in a 50-year lifetime achievement for the country."

Senator Kaine expressed his respect for the signing of the infrastructure bill but mentioned what to keep in mind as the country proceeds to execute the bill's plans. "The question is how much? How do you scale the ultimate bill? You can't capitalize on this infrastructure investment unless we make some significant investments in productivity and workforce right now." Senator Kaine also mentions that even with the Offshore wind project that he and Senator Warner support, the workforce and supply chain issues will arise again.

The Insurrection on the Nation's Capital on January 6, 2021, changed Senator Kaine's passion for the Voting Rights Bill into an 'obsession.' "I have a hard time putting into words how much being there while the Capital was attacked has changed not just my personality, but my priorities." Senator Kaine continued, "I think Virginia showed the way with what we did with voting in Virginia. If we do the same voting rights at the federal level, we will see the same increased participation. At the end of the day, equal participation is the only guarantee."

Senator Kaine mentioned that the Build Back Better Bill, recently passed by the House on November 19, 2021, does focus on climate change programs, but there still is agreement on the voting rights bills. "I think we're close, but we're not quite there." 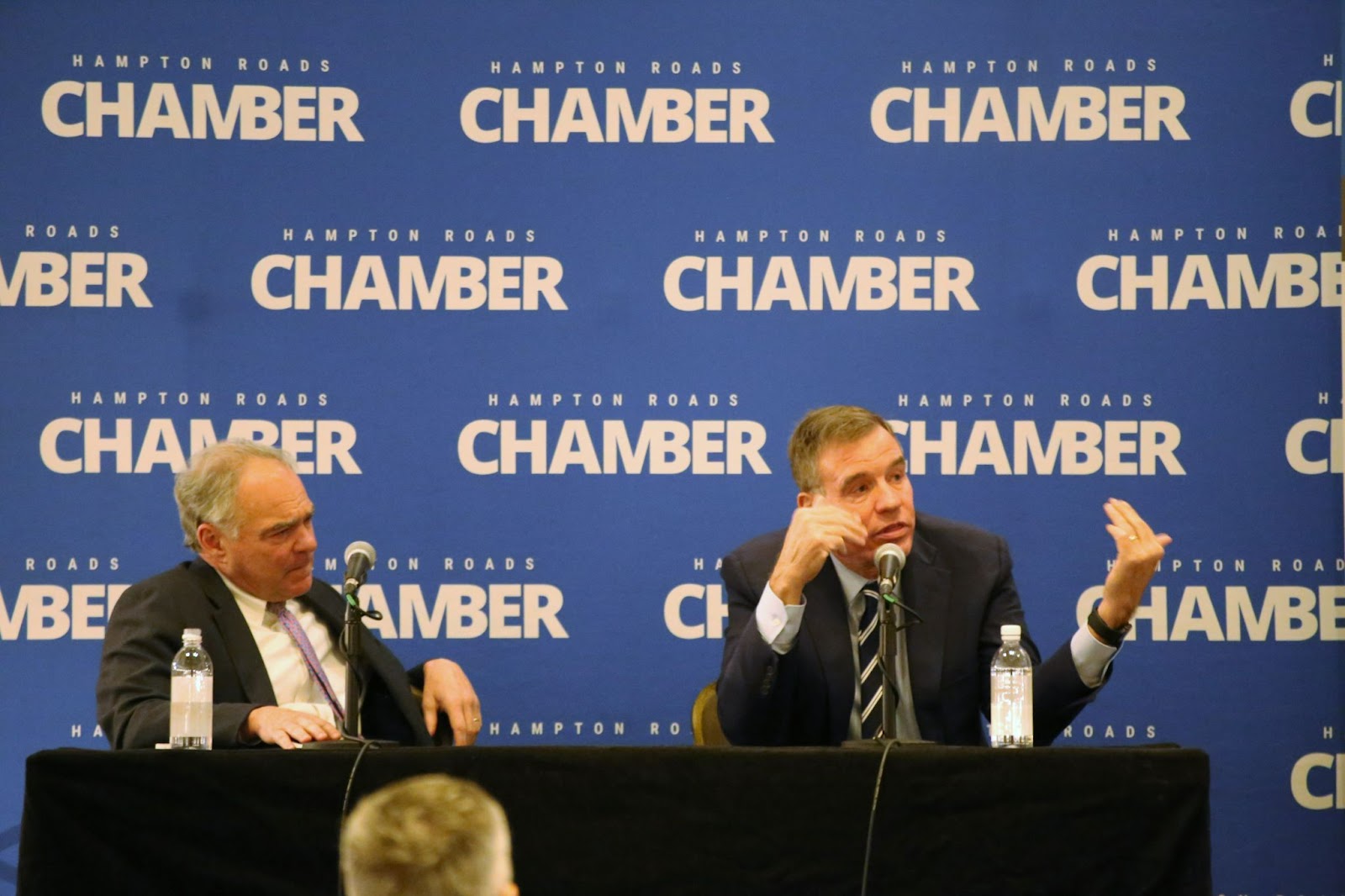 Mental Health is an essential topic globally. Hampton Roads Chamber Member Kurt Hooks, CEO of Virginia Beach Psychiatric Center, prompted the Virginia Senators to speak on the solutions for mental health issues. Senator Warner responded, "I think it's an issue that I hope will not be a lack of resources. Everyone's got money, but how do we place

some of the physiatrist help, not just learning loss but for someone with challenges that some of our kids and parents have, as it's a top priority. For me, I'm thinking about that in a very creative way." Hampton Roads Chamber President and CEO Bryan K. Stephens praised Hooks for leading a committee in the Hampton Roads Chamber on breaking barriers on mental health and substance abuse challenges for our Veterans. 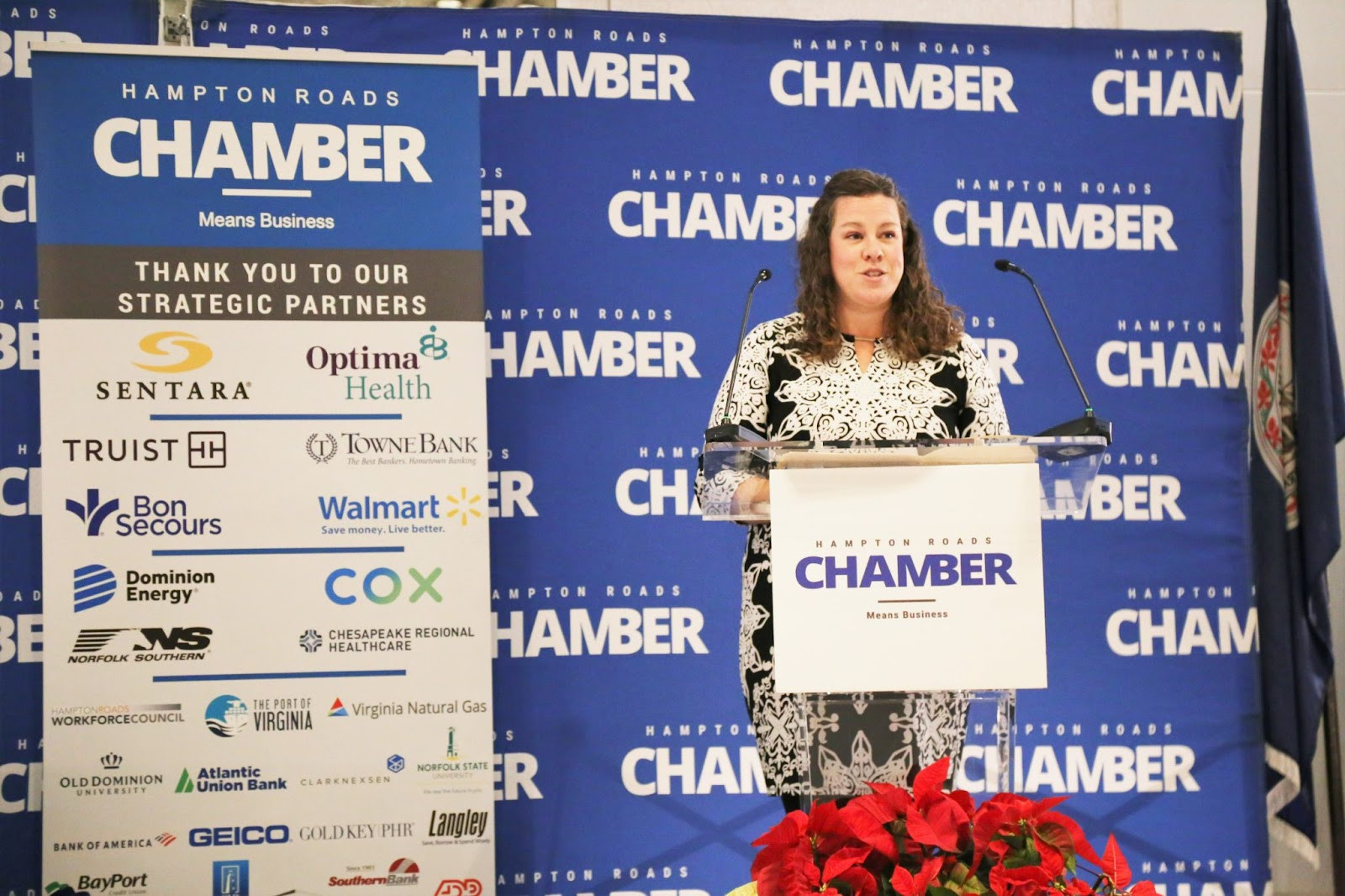 Kate Brinn, President of Bon Secours Maryview Medical Center, presented Presenting Sponsor Comments on behalf of Bon Secours. "We take pride in providing over 4,000 jobs in Hampton Roads and dozens of healthcare facilities throughout the region where our neighbors choose to seek wellness, and communities are empowered to thrive."

The Hampton Roads Chamber continues to provide events to establish an impactful and collaborative environment for our members and the business community. Thank you to our Virginia Senators who continue to prove their collaborative efforts by gathering monthly with the entire Virginia Delegation to ensure the Commonwealth comes first.

Thank you to our Sponsors: