For the past few months, we have been watching as Congress negotiates a $3.5 trillion reconciliation bill that if passed would increase taxes and add regulations to businesses at a time when many are struggling to retain staff and to recover from the shutdowns of 2020 due to COVID-19. As negotiations continue, we wanted to present some of the impacts this legislation could have on our local economy.

Recent headlines have detailed restaurants and other small businesses that are closing due to a lack of staff and other impacts from the COVID-19 pandemic. It is not just small businesses that are being impacted; some of the region’s largest employers are struggling to retain and hire employees. At such a crucial time for business, to add any additional burdens could have a detrimental impact.

In Hampton Roads, this impact can extend to national security issues as many of our private employers are support industry to the military. As presidents of the Hampton Roads and Peninsula chambers of commerce, we have reached out to the members of Congress in our area and asked them to reject it.

An increase in the corporate income tax will affect more than just the largest, most-recognizable businesses. Research has shown that small businesses feel the greatest impact of a corporate tax increase. Many of the region’s small businesses are formed as corporations, making them subject to this tax and risking their viability.

Large and small businesses alike would be impacted by an increase in the corporate tax rate from 21% to 28%. Additionally, for companies that pay global intangible low-taxed income, the rate would double from 10.5% to 21%. These tax increases risk inhibiting growth and triggering unintended consequences.

The GILTI tax was originally intended to be a 10% to 13% minimum tax on businesses with high earnings from intellectual property. The goal was to discourage U.S. businesses from shifting profits overseas. However, due to the way the tax policy was written, it doesn’t just tax intellectual property — it also places a large surtax on all U.S. companies with customers in other countries.

Take for instance a manufacturing company that is located here in Hampton Roads and has a foreign market for its products. This company employs managers, marketing professionals, production employees and other support staff here in Hampton Roads, contributing to the local economy.

As foreign demand for the company’s product grows, the company may decide to establish a manufacturing facility abroad in an effort to reduce costs and stay competitive. However, GILTI in its current form discourages this type of growth and doubling the tax might make it impossible for a company to expand and create new jobs, or even sustain current employment. 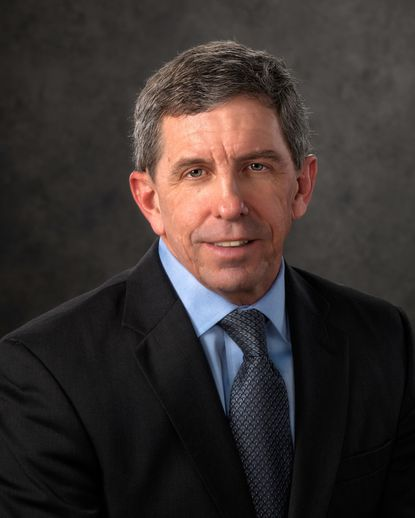 This proposed change at the federal level goes in direct opposition to what Gov. Ralph Northam has promoted via the Virginia Leaders in Export Trade (VALET) program. This program has been a successful state initiative that helps equip Virginia businesses to expand operations overseas and increase export activity.

According to the Virginia Chamber of Commerce, the proposed $3.5 trillion bill would force companies subject to the GILTI tax “to pay more in taxes, impeding their ability to grow and impacting the 257,000 jobs and $2 billion in annual tax revenue that Virginia’s exports bring to the state.”

These proposed tax hikes would undermine the success we have achieved over many years of working collaboratively on policies that have made Virginia the top state for business in the U.S. two years in a row.

Now is not the time to increase taxes that target businesses that are trying to recover from the impacts of COVID-19. Instead we need our representatives in Congress to support the initiatives that our state leaders have taken to grow Virginia-based businesses.